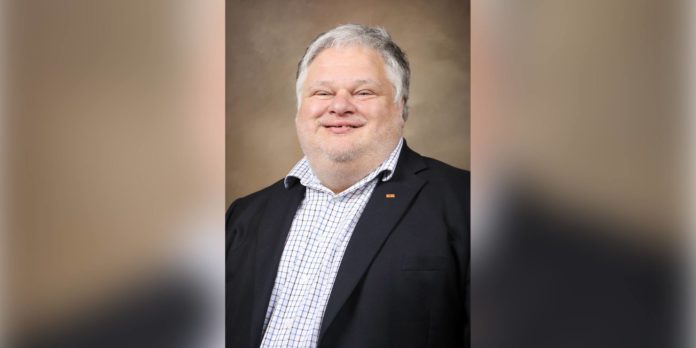 MACON – Mercer University faculty member Dr. Chris Grant, professor and chair of political science in the College of Liberal Arts and Sciences, recently received a Fulbright U.S. Scholar Program award to Ukraine from the U.S. Department of State and the J. William Fulbright Foreign Scholarship Board.

He will use the award to conduct research and lecture at Kyiv Mohela Academy on the emergence of civil society in the former Soviet space.

Dr. Grant, who also received a Fulbright award to the former Soviet Republic of Moldova in 2006, has previously conducted research in Moldova, Georgia, Armenia and Azerbaijan on the development of tolerant coexistence between peoples in deeply divided nations of the former Soviet Union.

“Being selected for a Fulbright is a great honor – usually one that comes only once in a lifetime,” said Dr. Grant. “I am truly grateful to be selected for a second award. This is a fantastic opportunity to continue the research agenda that I started 15 years ago in Moldova. In addition to the opportunity to add to my research on the development of civil society in the former U.S.S.R., I will look to find connections for Mercer and Mercer students from my time in Kyiv.”

Dr. Grant has served on the faculty at Mercer since 2005, specializing in electoral politics, European politics and service-learning.

He is the author of Our Arc of Confidence, a monograph on the evolution of the Georgia General Assembly, in addition to numerous publications on state politics and the former Soviet Union. He has led multiple Mercer On Mission and study abroad trips to the former Soviet Union and serves as faculty sponsor for the Mercer Young Democrats and a former director of the Service Track of the University Honors Program.

Dr. Grant earned his bachelor’s degree from Birmingham-Southern College and his master’s degree and Ph.D. from the University of Georgia. He served as a Congressional Fellow in the office of U.S. Sen. Max Cleland.

As a Fulbright Scholar, Dr. Grant will share knowledge and foster meaningful connections across communities in the United States and Ukraine. Fulbrighters engage in cutting-edge research and expand their professional networks, often continuing research collaborations started abroad and laying the groundwork for forging future partnerships between institutions. Upon returning to their home countries, institutions, labs and classrooms, they share their stories and often become active supporters of international exchange, inviting foreign scholars to campus and encouraging colleagues and students to go abroad.

“I am excited that Dr. Grant has been designated as a Fulbright U.S. Scholar to Ukraine. This opportunity will allow him to engage in important research on political developments in the former Soviet Union,” said Dr. Anita Olson Gustafson, dean of the College of Liberal Arts and Sciences. “Dr. Grant’s experience will not only further his work as a scholar, it will also create important new international connections for Mercer students.”

The careers of Fulbright Scholar alumni are enriched by joining a network of thousands of esteemed scholars, many of whom are leaders in their fields, including 60 Nobel Prize laureates, 86 Pulitzer Prize recipients and 37 heads of state or government.

The Fulbright Program is the flagship international educational exchange program sponsored by the U.S. government and is designed to forge lasting connections between the people of the United States and the people of other countries, counter misunderstandings and help people and nations work together toward common goals.

Since its establishment in 1946, the Fulbright Program has enabled more than 390,000 dedicated and accomplished students, scholars, artists, teachers, and professionals of all backgrounds to study, teach and conduct research, exchange ideas and find solutions to shared international concerns. The program is funded through an annual appropriation made by the U.S. Congress to the U.S. Department of State. Participating governments and host institutions, corporations and foundations around the world also provide direct and indirect support to the Program, which operates in more than 160 countries worldwide.

Let the strength of your village hold you up in times...