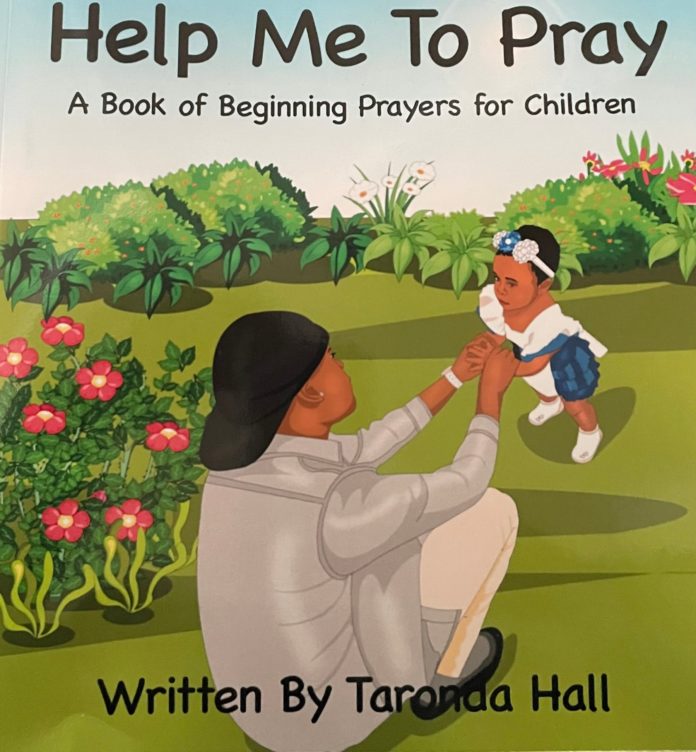 While Hall serves as a research project coordinator at Emory University School of Public Health, her journey into faith-based literature was ultimately initiated by her strong faith and experiences as a single mother.

When Hall remarried, she founded a church with her current husband, Cleo Hall, with whom she co-pastors at Abundant Grace International Ministries in Palmetto, Georgia.

“It was a personal goal for me, and I would have to say it was life-changing,” Hall said of earning her Master of Divinity degree from Mercer. “I know that God called me into the ministry, but I wanted to be educationally trained, and it was more than I could have ever dreamed of.”

Although she faced complicated circumstances in her mid-40s, with one child in college and the other a senior in high school, and while it had been many years since she earned her bachelor’s degree, Hall would not allow herself to be hindered from attaining her M.Div.

“Initially, it was a little challenging for me because most of my classmates were at the age where they could have been my children,” Hall said. “I knew I was going to have to work hard and prove myself, but the program was amazing.”

Within the School of Theology, Hall was able to aggrandize her education through her increased knowledge of God through Scripture and ultimately develop a more deeply grounded faith.

“I cultivated so much more knowledge and discovered so much more about God as a result of my M.Div. journey,” Hall said. “I also learned a lot about myself, so going back to school, specifically to McAfee, was a gift to me. It’s a journey I’m grateful for and hold very dear to my heart.”

After receiving her master’s degree, she was initially preparing to acquire a doctorate in educational leadership before deciding to further hone in on her ministerial affairs.

“I did almost a year’s worth of an educational leadership Ph.D. program, but there was just this tugging,” Hall said. “I just really believe that God wants me to focus on ministry, so I think that gave me room and space to write the book.”

While pastoring with her husband, Hall would frequently receive a question, “How do I pray?”

“It is as simple as just talking to God about everything,” she said. “I thought, ‘Why not teach children this spiritual discipline early to avoid this adult pitfall?’”

Hall holds the practice of prayer in high regard in the life of a Christian.

“Prayer is one spiritual discipline that is essential for every person of faith,” Hall said. “The children’s prayer book gives you a guide to simply teaching prayer to children, and I think the same would be true for adults if you recognize that it’s just a conversation.”

Hall was also inspired by her granddaughter, who would frequently pray over her food while sitting in her high chair with clasped hands.

“One day she said, ‘God is great. Eat your food. Amen,’ and I thought, ‘She’s been listening, even before she could talk,’” Hall said. “When she said that, I thought, ‘This is the time to teach our kids to pray, as soon as they start speaking words and forming sentences.’”

The reviews of the book have been encouraging. Hall believes the positive feedback confirms that she did what God asked of her to share her love and gift of prayer.

“The feedback has done my heart well, and when I started to get pictures and videos of children reading and saying to their parents, ‘Let’s read more,’ my heart has just been overwhelmed,” Hall said. “I desire to get this book in as many homes as possible, so I wanted it to be affordable. I want people to be able to buy the book and enjoy it.”

Hall credits her Mercer experience for empowering her with myriad essential lessons, including self-security in God, herself and her book.

“McAfee gave me confidence, courage, and taught me things about God and his creation and increased my faith,” Hall said. “I think as a budding author, that confidence let me know, ‘You can do this.’ I think that in a lot of ways choosing to come to Mercer was a start — or maybe a restart — of my life and put me on course to the path that I was created for.”